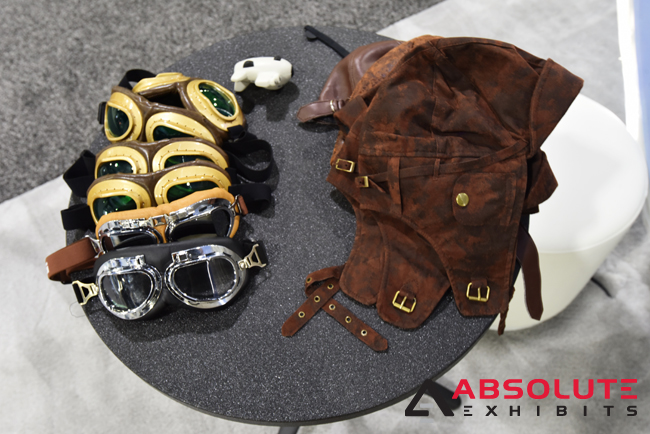 There’s a certain buzz on the trade show floor- between the visuals, the audio, the smells, there’s also the potential to fill your bag full of some premium swag.  Often, people set out smaller items at their trade show booth such as pens or plush animals.  However, there is often a game or drawing of sort that earns you larger trade show booth giveaways.  Wondering how you might be able to compete with larger exhibitors with your trade show booth giveaways?  You’d be surprised how easy it can be if you do a little preparation:

When it Comes to Trade Show Booth Giveaways, Know Your Audience

Trade show marketing is no different than any other kind of marketing.  It’s all about knowing your audience.  What works at one trade show may not work at another.  For example, did you know at nursing shows such as AONE, the biggest and most sought after trade show giveaways are items such as designer purses or wine club memberships?  At other trade shows, this may be completely different, but the Chief Nursing Officers that tend to frequent this show aren’t as into the iPads and gadgets that might dominate a tech show or an industry dominated by men.  As with any other form of marketing, it’s incredibly important to know your audience.  By knowing your audience well, you’ll be able to tailor the best trade show booth giveaways to them and get them excited to seek you out on the trade show floor.  Don’t settle for trying to get anybody’s attention; know what will get the people moving your way on the exhibit hall floor.

In contrast to more impersonal trade show booth giveaways like selfie sticks (do people still use those anymore) to even less personal giveaways, relevancy matters. If your business is in the business travel industry, perhaps you might want to consider some trade show giveaways that speak to businessmen and women who travel frequently for business.  Perhaps you can upgrade them onto a club floor and provide extras like massages or something that will speak to a weary business professional.  These make much more sense than handing out something generic that they’ll likely end up giving away to their kids or neighbors anyways.  The key to these kinds of trade show booth giveaways is to remain as relevant as possible and to remain top of mind because of the amenities or services provided at your trade show display.  This goes a lot farther than just a snow globe with the company logo on it or brochures nobody will read.  Tailor your trade show booth giveaways so they are the only thing that people talk about at the show and for many months afterwards because of their relevancy.

Give People a Break with Friendly Competition

Do you know what the most boring form of giveaway is?  The kind where you drop your card in the bowl and walk away.  Who wins in these situations?  Certainly not the exhibitor seeking to increase their leads and certainly not the trade show attendees who show up once and never think about that exhibitor again.  See the picture we’re painting here?

Instead, give people a break from what may be miles they’ve walked on the trade show floor with some friendly competition.  This could be as easy as a yo-yo contest where you give out branded yo-yo’s until people are ready to climb the leader board towards winning, or a putting contest, a plinko board, or more.  The sky is the limit as far as creativity and your trade show booth giveaways.  When introducing a sense of fun, you’ll be sure that people will remember your exhibit for a long time to come.

Trade show booth giveaways are not unique.  Nearly every exhibitor up and down the trade show hall will have something they’re dying to give away in order for people to remember them.  Follow this advice and be the exhibitor that they actually remember.  For more great advice, consult your trade show display advisor while purchasing your modular trade show display. They’ll likely have a number of great ideas that can set you on the right path!